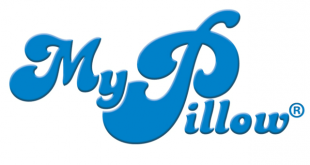 My Pillow is a company that manufactures pillows and related products. It was founded by Michael J. Lindell in 2004. His entrepreneurial path was inspired by back problems during his teenage years. After inventing the perfect pillow, he tried to get it to the masses but got turned down. At first, the company growth was slow. In 2011, the family members pooled their money and produced an infomercial featuring My Pillow. Within 40 days, the company had expanded from 5 employees to 500.

The success story was published in Minneapolis Star Tribune which sparked a lot of interest for many people. In 2012, the business was doing so well in manufacturing that it was time to expand again. Due to the many orders, My Pillow had to look for a 30,000 square feet warehouse. Since then, the company has expanded its product line by including bed sheets, mattress toppers, bed pillows, pet beds, and more.

In 2014, Michael appeared on Don Imus Show and told the story of his success on air. Due to the huge audience he was able to reach, Mike came up with a formula of airing MyPillow ads … Read the rest