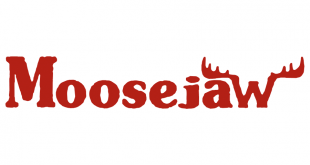 Moosejaw is an outdoorsy brick and mortar and online retailer of outdoor gear for camping, hiking, rock climbing and snowboarding in addition to recreation apparel. The Madison Heights-based company retails its products from a chain of 10 stores in cities such as Detroit, Birmingham and Ann Arbor among many others, and from its online website at Moosejaw.com. People can purchase products from either the retail stores or from online.

The company was founded by two longtime friends David Jaffe a University of Wisconsin graduate and Robert Wolfe a University of Michigan graduate. At first, the two friends had intended to be wilderness guides but instead decided that selling camping equipment would be more profitable. The duo then set up the Moosejaw Mountaineering and Backcountry Travel in 1992 which grew to become simply Moosejaw. While they had little experience when they set up their first store, the business exceeded all their expectations in just its first year.

By 2007 the duo had sold their shares to Parallel Investment Partners. The company got a major boost when Glencoe Capital bought into the business in 2009 and working with their new partners managed to double … Read the rest