About Enterprise Rent A Car

Enterprise Rent a Car was founded in 1957 by Jack C. Taylor in St. Louis, Missouri. The company operated as Executive Leasing Company until 1969 when it was renamed Enterprise. Its main business is car rental services in over 85 countries and at least 9,000 locations worldwide. The company is owned by the larger Enterprise Holdings Inc., which has its headquarters in Clayton, Missouri.

In addition to car and truck rentals, the company deals in car sales and car sharing. It targets customers who need a car to hire for special occasions. If you require a replacement car due to mechanical repair, accident issues or theft, the company is here to serve you. Apart from inner city locations, it also operates in airports in the United States and other countries. One thing about Enterprise Rent a Car is that it has been variously been recognized for its exemplary service.

There was a time when shoppers would hand paper coupons to a cashier to get a discount on their purchases. Not anymore. With the digitization of transactions, people have to rely on online coupon codes. … Read the rest

END_OF_DOCUMENT_TOKEN_TO_BE_REPLACED 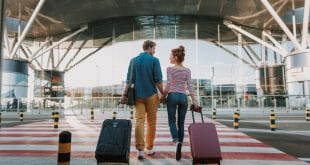 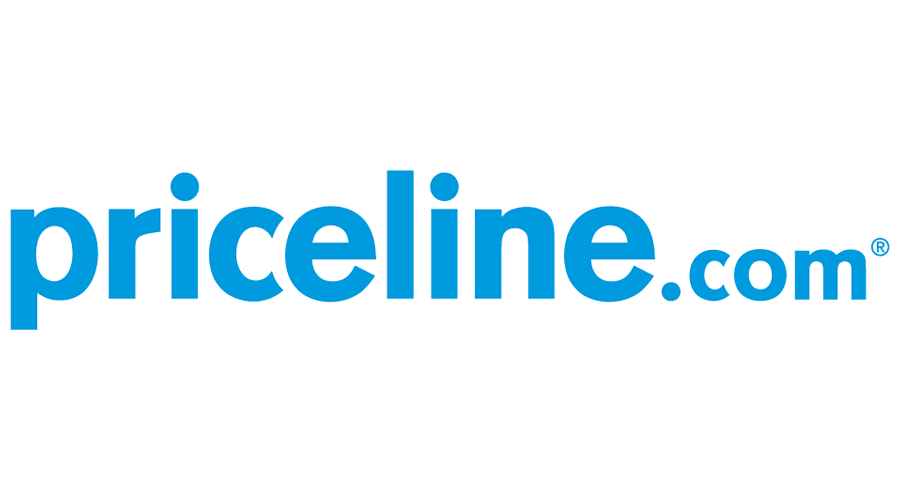 Priceline is a US company headquartered in Norwalk, Connecticut and it operates an online platform where customers can get discounted travel-related services. The top services offered include airline tickets, car rentals, hotel bookings, and cruises. The company has partnered with multiple companies in the hotel and hospitality industry to provide first-class services while still affording its customer competitive prices.

The company was founded in 1997 by Jay S. Walker. Priceline quickly rose to public limelight through its “Name Your Own Price” system. The system was applied to hotel booking, air travel, car rentals, and vacation offers. Customers would be prompted to pick their preferred price, the general location, and then make their payments before the details were disclosed. Through this method, customers found it easy to land exciting deals, discounted offers, and crazy packages which they could not find with most of the service providers. As a result, the company grew drastically and expanded its services to cover the whole globe.

Due to the success of this marketing strategy, the company has retained the “Name Your Own Price” service and it features as one of their top products. Currently, the company continues … Read the rest

END_OF_DOCUMENT_TOKEN_TO_BE_REPLACED 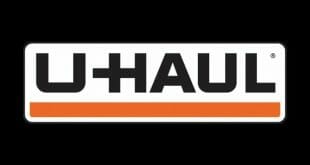 How Do You Rent a Truck or Trailer with u-Haul?

Renting and buying from U-Haul couldn’t be much easier. You can either visit one of their twenty thousand facilities across the nation, or you can go online to their website 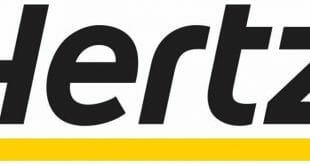 Hertz was established by Walter L. Jacobs, an Illinois native, in 1918. In the beginning, it operated under the name Rent-a-Car Inc. Jacobs started the firm with just a dozen of Model T Ford Cars. Five years later, his fleet had grown to 600 vehicles that generated about $1 million in revenues annually.

The owner of Yellow Truck & Coach Manufacturing, John D. Hertz showed interest in the firm, and in 1923, he purchased it. The acquisition occasioned a name change, and the brand became known as Hertz Drive-Ur-Self System. Hertz would sell the company to General Motors three years later (1926) and then repurchased it several years later (1958) through his firm, The Omnibus Corporation.

Located in Estero, Florida, the Hertz Corporation is a subsidiary of the Hertz Global Holdings. The firm runs the Hertz, Dollar, and Thrifty brands of rental vehicles in about 10,200 corporate and franchise locations. It has its operations in over 150 countries, including North America, The Caribbean, Africa, Latin America, Europe, New Zealand, Australia, Asia, and the Middle East. The Hertz prides itself in being the second biggest rental company in the world. It is also … Read the rest

END_OF_DOCUMENT_TOKEN_TO_BE_REPLACED 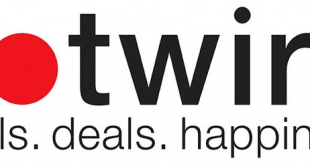 Hotwire is a travel company that operates on the website Hotwire.com. It collaborates with many travel agencies across the world to help them sell flight tickets, rental cars, vacation packages, and hotel rooms. Since these services might have otherwise gone unsold, this company offers them at super low prices compared to other travel websites.

The company was started by a group of founders known by the names Spencer Rascoff, Karl Peterson, Gregg Brockway, and Eric Gross in 2000 (about 19 years ago). They were first sponsored by TPG (Texas-Pacific-Group) which provided them with $75 million to support the initialization of the company. Other organizations that supported the launch of Hotwire.com include United Airlines, Northwest Airlines, American West Airlines, American Airlines, and Continental Airlines.

They are a child company of the American global travel company known as the Expedia Group. Other websites that run alongside this company include Egencia, Orbitz, Expedia, CarRentals.com, Venere.com, HomeAway, CheapTickets, Hotels.com, and Trivago. It’s located in San Francisco, California, in the U.S.A. As of now, it has more than 300 employees.

Using coupons is great on any travel site … Read the rest

END_OF_DOCUMENT_TOKEN_TO_BE_REPLACED

Use Thrifty Rent-A-Car coupons & promo codes to get discounts on your next car rental. You can get Thrifty discounts when you use our online coupons to pay in advance and pick up your rental car at a Thrifty’s location.

These Thrifty.com coupons have expired, but feel free to try them.

Thrifty offers a great selection of cars, trucks & vans at cheaper rental rates than most car rental competitors. You can make reservations either online or at one of their locations across the United States. You can apply coupon codes and promo codes (sometimes called CD codes or CDP codes) to save even more.

Thrifty Car Rentals is the largest and most recognized car rental provider in the world. It operates in more than 1000 locations around the world.

Thrifty has cars, trucks, & minivans of all varieties and sizes that customers can select as their rental vehicle. You can now book in-person at a Thrifty’s location, or you can book online. If you want to apply a coupon or promo code to save money on your reservation (why wouldn’t you?), you need to book online and select … Read the rest

END_OF_DOCUMENT_TOKEN_TO_BE_REPLACED 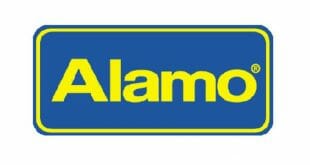 Use Alamo rent a car promo codes and easily book your next car rental reservation for less!

About Alamo Rent a Car

When you think about renting a car in North America, it’s very likely that you think about Alamo Rent a Car. It is the biggest provider of rental cars to international travelers in North America and has been in operation for more than 40 years. It’s a car rental provider which prides itself on offering value and meeting the needs of leisure travelers arriving in airports across North America. If there’s one thing better than renting a car with the largest provider of rental cars, it’s renting one and using a discount code.

Save Money on Daily Rates:

Alamo Rent A Car is proud to offer low rates for rentals on a daily basis and a simple rental process which ensures customers are satisfied with their experience. In addition, Alamo’s self-service kiosks at all large US airports give customers the opportunity to speed up their check-in time which allows them to get on the road and start their travels faster.

Get Disney Discounts with Alamo.com:

Alamo is especially proud to be the … Read the rest

END_OF_DOCUMENT_TOKEN_TO_BE_REPLACED 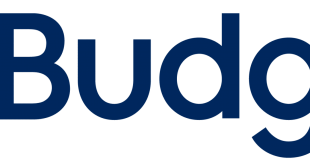 These promo codes and coupon codes for Budget have expired. But feel free to try them.

Budget Rent a Car provides car rental services to its clients. Founded in 1958 in Los Angeles, California, the company currently operates out of its headquarters in Parsippany, New Jersey, USA. Morris Mirkin founded the company and Jules Lederer later joined him in 1959. Avis Budget Group is the current owner of Budget Rent a Car.

As of 2010, the company had operations in approximately 2,750 locations worldwide. Out of these, about 800 locations are based in the US. Its popular fleet of vehicles available for rental includes SUVs, luxury car rental, economy rental cars, pick up truck, and van car rental.

Renting For Less Has Never 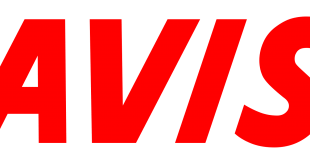 Avis is a multinational car rental company that provides high quality car rental services to business travelers at all major airports and to tourists for other locations as well. It was founded by Warren Avis in 1946 with three cars at the Willow Run Airport, Michigan. The company now has presence in 165 countries including North America, South America, India, Australia, New Zealand etc covering more than 5500 locations. Headquartered at Parsippany, New Jersey, United States, the company is owned by the ‘Avis Budget Group’.

The rented cars are mainly from premium brands like General Motors, Cadillac, Toyota, Chevrolet, Ford etc. It works through its own offices across the globe as well as through franchise partners. Most of the airport rentals are run by the company offices whereas the tourist rentals are mostly through franchise partners. The company has many types of rental services like airport pick up, inter-state transport, economy rental, luxury car rental, premium SUV etc. There are additional services like roadside assistance, loss damage waiver, and accident coverage to name a few.

Using Your Coupon Codes and Offers 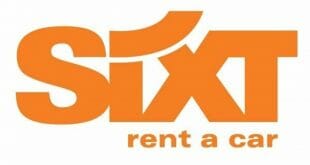 Save with Coupon Feed’s collection of Sixt coupon codes and promo codes.

About Sixt Rent A Car:

Founded in 1912 in Munich, Germany, Sixt rent a car is a car rental company that started with a fleet of just three vehicles. Sixt started out as a family business by the Sixt family, who currently own the majority of the company in addition to managing it.

Currently, the company has over 4,000 locations in more than 105 countries. Sixt continues to expand at a rapid pace, with locations in almost every major city and tourist destination, and at convenient spots such as airports, hotels, train stations, and cruise ports.

Can I Rent Sixt Rental cars in the USA?

In the USA, you will find Sixt vehicles at many of the major airports as well as downtown city centers. The rental vehicles that Sixt provides are of premium quality, ranging from the BMW Mini to convertibles and SUVs. You can rent via major booking engines, and it’s even cheaper if you use an Expedia coupon.

To rent a car via Sixt, you are required to give a pickup and a return location. You will … Read the rest