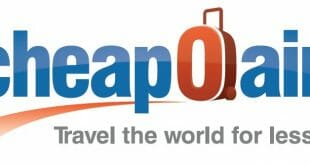 A Quick History of the Company

Where to Enter Your Coupons:

Cheap Tickets is an online ticket company that specializes in the sale of tickets for travellers. They offer cheap customized vacation packages, rental cars, hotel and vacation rentals, airline tickets as well as discounted event tickets to activities like sports, comedy arts, theatre performances, concerts and games. With Cheap Tickets, you are not obliged to pay for an entire package; you can slice it up into a hotel and flight, rental car, hotel and flight, or any other booking combination you prefer and they will take care of your order. You can even buy last-minute-tickets, especially when you have to make an unplanned trip.

Cheap Tickets was launched in 1986. It was founded by Michael and Sandra Hartley in Honolulu, Hawaii. The pair conceived the idea of starting a ticket company after selling a whopping bunch of 3,000 tickets that they had received from Regency media, an advertisement firm, as payment for some services. The tickets, which were advertised as classified ads in newspapers, sold out within two weeks. After that successful sale, the duo decided to venture into the ticket market. Until recently, Cheap Ticket was a subsidiary … Read the rest

END_OF_DOCUMENT_TOKEN_TO_BE_REPLACED

Shop Savings From A to Z: