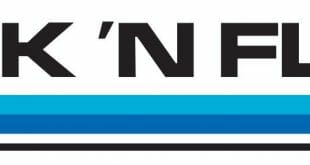 Park N Fly is an Atlanta, Georgia-based company that prides itself in offering off-airport parking services in the United States. Although originally founded by Theodore P Desloge of the lead magnate family in St. Louis in 1967, the company was purchased by a Dutch company, the BCD group in 1988. Tony Palz is the current CEO of the company and has for some years been one of the few key people on the company’s board.

For 50 years, Park N Fly has operated in 14 different markets, owning up to 16 facilities and 80 functional affiliate locations. During this period, the company offered a wide of services including car detailing, online reservations (mostly in recent times), valet parking, and pet boarding. Through its internet network service, Park N Fly has been able to establish off-airport parking services in more than 67 airports across the United States.

To add to all of these services, most lots belonging to Park N Fly offer other special services such as car washes and oil changes. Parking spaces offered by the company are probably some of the largest on offer anywhere in the … Read the rest